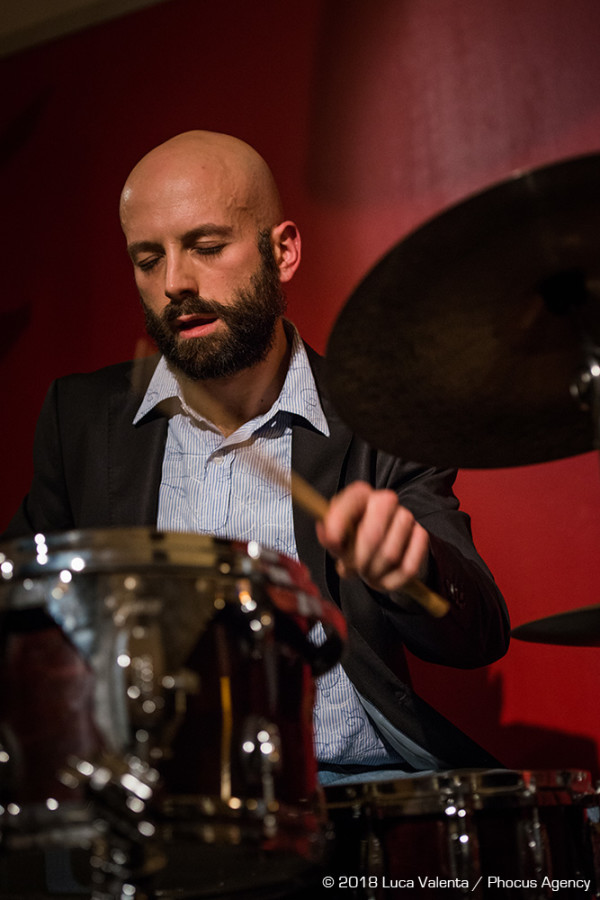 While studying with the best teachers around Venice, he delved into various kinds of drumming styles from rock to metal, from jazz to latin, from reggae to funky.

Starting from 2003, he devoted himself to jazz, specializing with Marco Volpe in Milan. He then succeeded, in 2005, in entering into the higher grade of the Trieste Conservatory for jazz specialization.

In 2006 he obtained a scholarship for Berklee College’s summer workshop in Perugia.

In 2007 he obtained another scholarship for the Escola Superior de Música e das Artes e do Espectáculo (ESMAE) in Porto (Portugal), where he studied with Michael Lauren, Paulo Perfeito and Pedro Guedes.

In October 2008, he took part in the 20th edition of the International Jazz Workshop in Trier, Germany. In March 2009, he obtained his jazz bachelor with a final grade of 110/110 under the guide of Glauco Venier, Marcello Tonolo, Stefano Bellon and Klaus Gesing. In March 2012 he obtained his Master’s in Biennio interpretativo with honors, under the guide of Klaus Gesing, Alberto Mandarini and Giovanni Maier. He also had the chance to study and play with some international musicians, such as Ohad Talmor, Jacob Sacks, Ken Cervenka, Dave Howard, Shane Endsley, Matt Pavolka, Stefano Bollani, Marcello Alulli, David Boato, Andrea Lombardini, Pedro Madaleno, Uli Beckerhoff, Henning Berg, Christian Meyer, Mike Portnoy, John Riley, Trilok Gurtu, Alfredo Golino, Dan Weiss, Bruno Castellucci, Marco Tamburini and Bobby Previte. Over a long period of time, he also studied with Roberto Dani, both individually and during his permanent workshop “Forme Sonore”.

He is an apprentice on the Sweet Medicine Sundance Path. 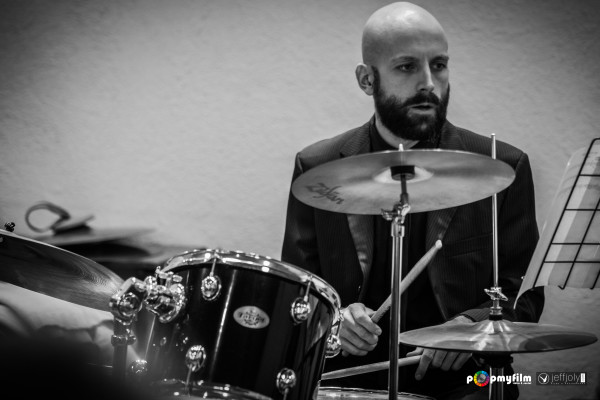 After these experiences he focused on jazz, keeping in touch with all the bands which needed a session drummer.

In every kind of musical environment, he is co-operating as a composer and arranger.

He has had the honor to play together with some well-known musicians in the jazz industry and he is currently playing, composing and arranging for the following ensembles:

Jazz quartet featuring tenor sax, piano, double bass and drums featuring Maurizio Scomparin and Ilic Fenzi on trumpet, Tony Costantini on trombone and Alberto Collodel on bass clarinet. The songs of the brand new album are composed and arranged by the pianist and leader, Enrico Brion.

Quintet featuring cello and voice, violin, electric guitar, double bass and drums. The first album “Zarja” was released for the Cat Sound Records and it was made of original tunes by Andrejka Mozina.

Jazz guitar trio of the great American jazz guitarist. Together since 2011.

Guitar trio lead by this very young and talented Italian guitarist. “Streamflow” the first album was released on 2014 by the trio featuring the saxophone player Klaus Gesing

40 voices choir conducted by Marco Toso Borella, directed by di Cristina Pustetto.
Venice based, the choir boasts many concerts among the most beautiful places in Venice and the region Veneto: from Piazza San Marco to Chiesa dei Frari, from Teatro Goldoni to Teatro Lorenzo da Ponte in Vittorio Veneto.

The biggest Italian choir with more than 200 voices conducted by Marco Toso Borella, directed by Cristina Pustetto for an immersive musical and visual show that manifests itself as an intense journey in the emotions.

Since April 2019 he has the honor and pleasure to conduct the Big Band Theory founded by Renato Rinaldi in Trieste, classic big band line up that plays rock and soul masterpieces and well-known tunes of the latest pop-funk repertoire. 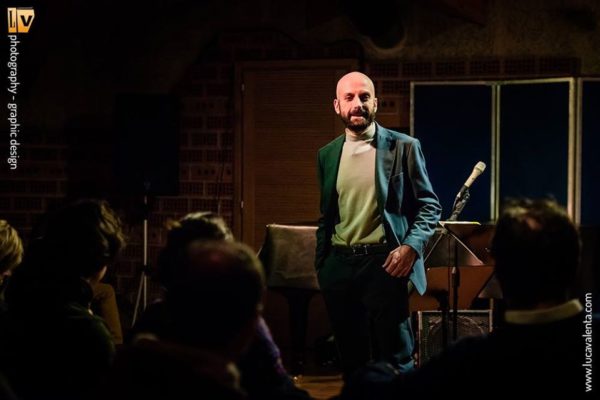 He also has a busy teaching activity as a drum and ensemble teacher:

He is a member of the administrative committee of the “Artemusica” school. For this school, he organized a workshop with the jazz guitarist Marc Ribot in February 2011; one with the American jazz guitarist John Stowell in October 2011 and one with Jesper Bodilsen – double bass player from the Stefano Bollani’s Danish trio – in October 2012.

Since 2010, with the collaboration of Andrejka Mozina and Nicola Privato, he arranges intensive musical workshops once a year, teaching drums and ensemble music.

Since 2012, he cooperates as a teacher for “ARTESTATE”, a recreational summer camp for children aged 6 to 13, arranged by “Artemusica”